Write short note on working principle and V-I characteristics of (i) P-N junction diode (ii) Zener diode.
(i) In a P-N junction diode If an external potential is applied to the terminals of PN junction, it will alter the potential between the P and N-regions. If the voltage applied decreases the width of the depletion layer, then the diode is assumed to be in forward bias and if the applied voltage increases the depletion layer width then the diode is assumed to be in reverse bias. If the width of the depletion layer does not alter then it is in the zero-bias state.
V-I Characteristics:
VI characteristics of PN junction diode in forwarding bias are nonlinear, that is, not a straight line. This nonlinear characteristic illustrates that during the operation of the N junction, the resistance is not constant and resistance is very low which permits a large amount of current but in reverse biasing current is low till breakdown is reached and hence diode looks like an open circuit. 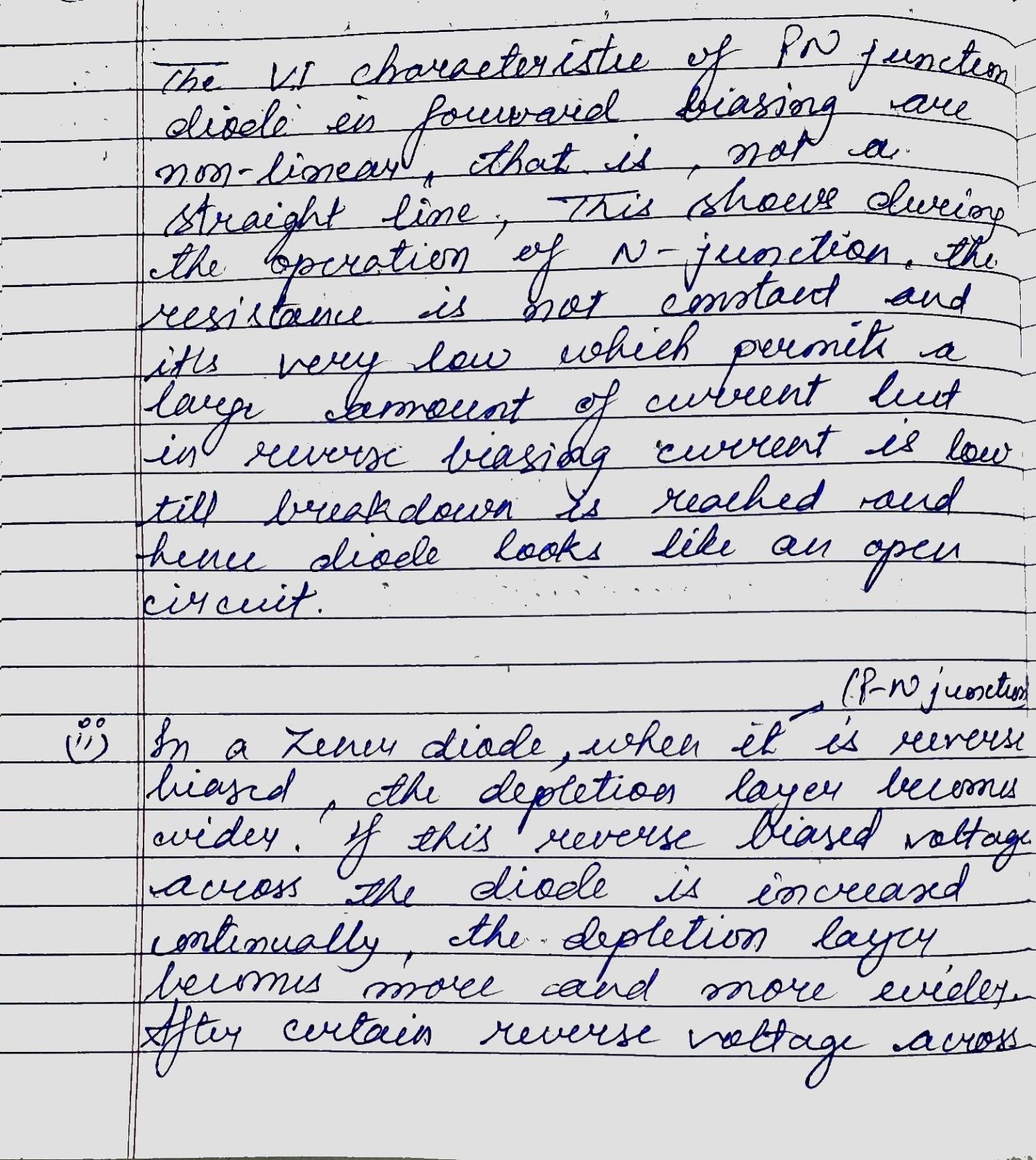 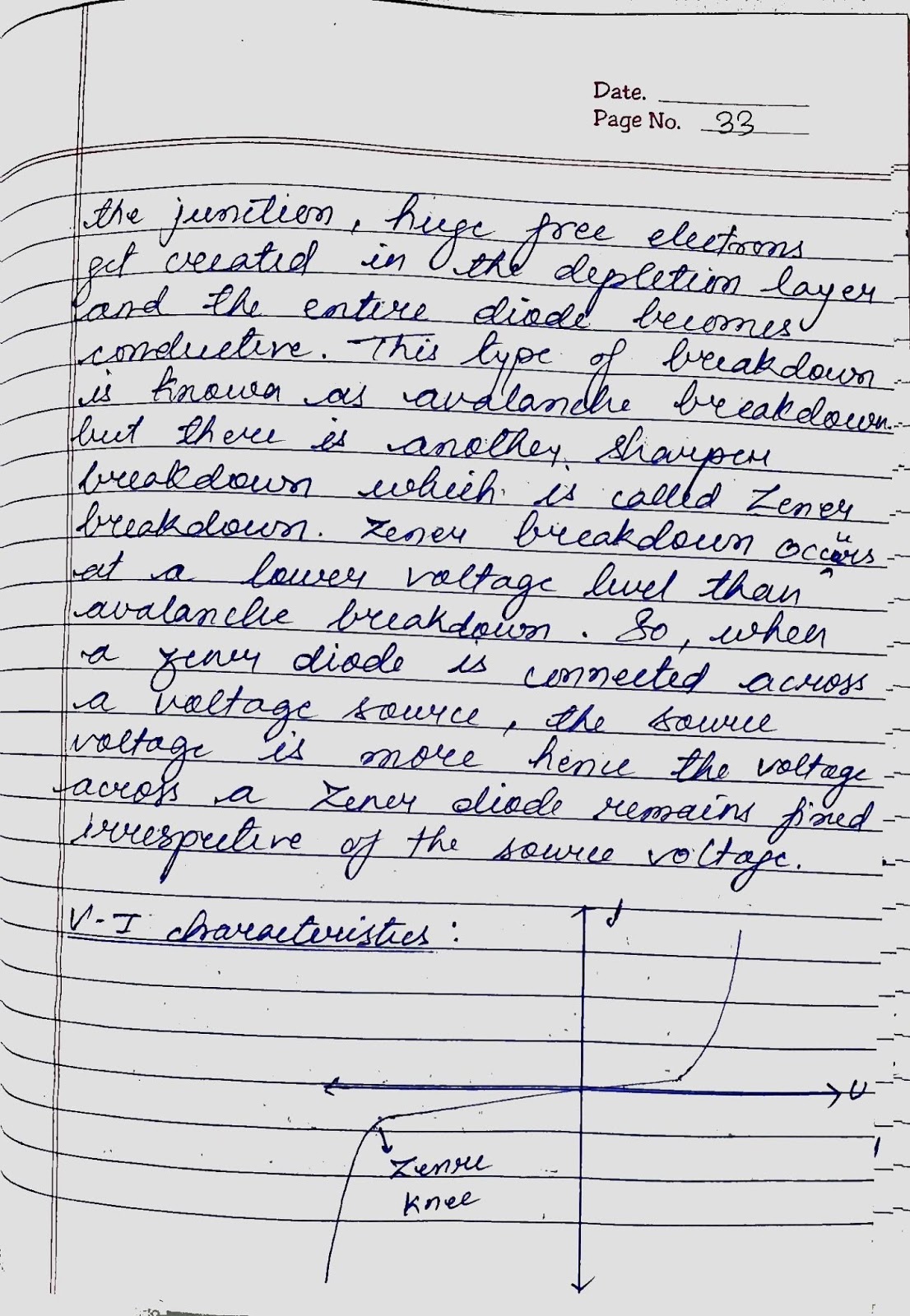 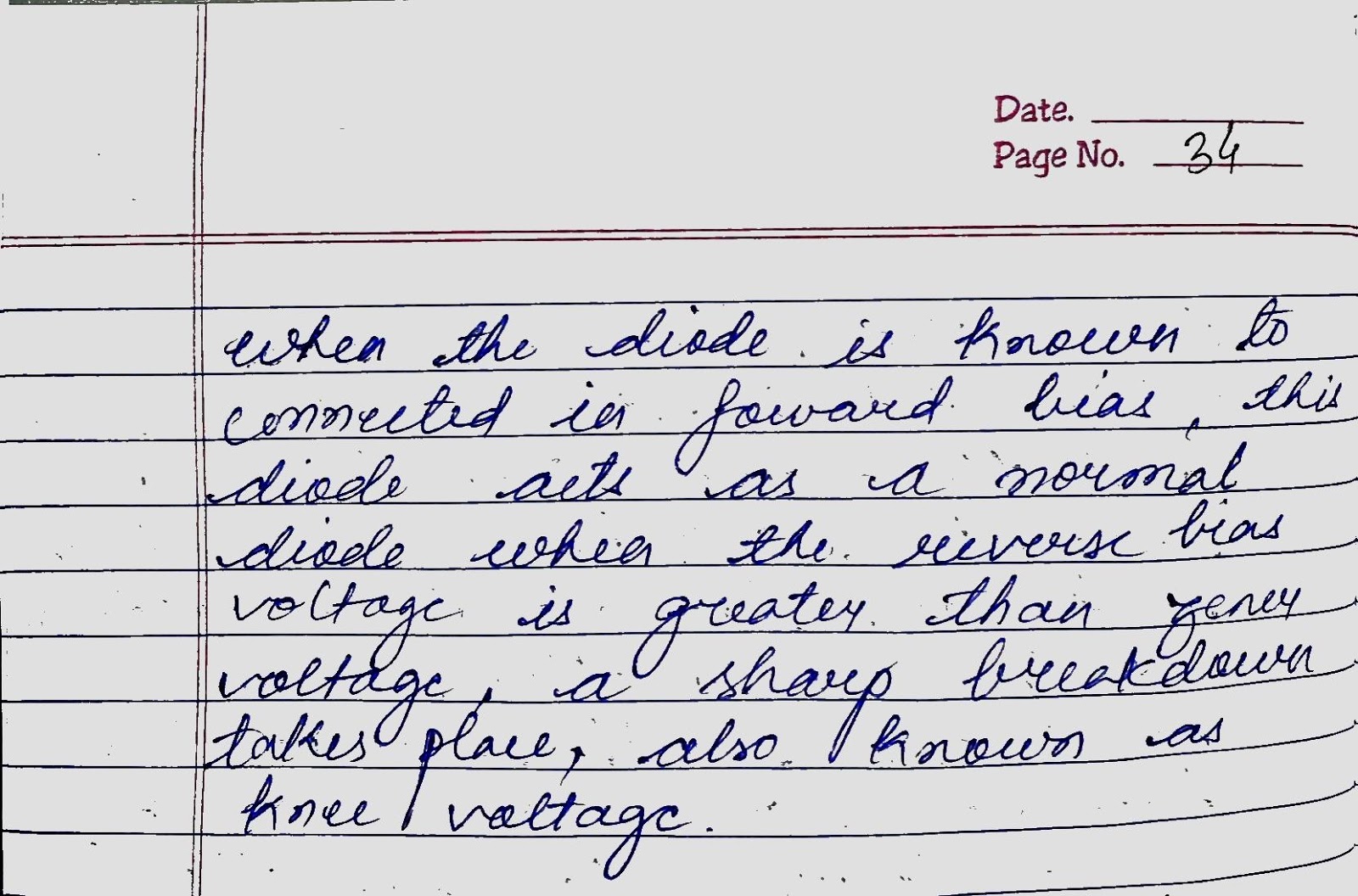 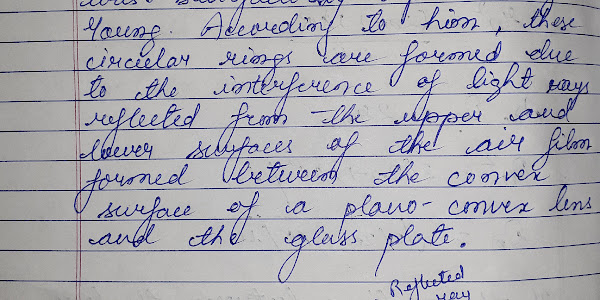