Define the terms strength, hardness and toughness, also describe the differences between them?

Define the terms strength, hardness and toughness, also describe the differences between them? 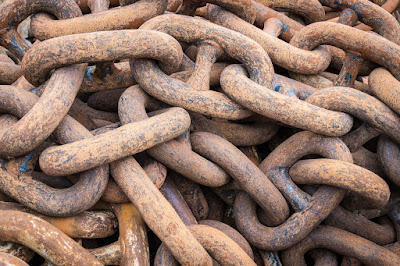 Strength may be defined as the amount of force necessary for a material to deform. The higher the force required to change the shape of the material, the stronger the material is. Steel is notoriously difficult to pull apart, hence it has a high strength. Silly putty, on the other hand, is not strong at all, and merely requires a child’s touch to quickly deform this material into all sorts of shapes.

Hardness may be defined as the material’s ability to withstand friction, essentially abrasion resistance, is known as hardness. Diamonds are among the hardest substances known to man, it is incredibly difficult to scratch a diamond. However, while a diamond is hard it is not tough. If you took a hammer to a diamond it would shatter, which demonstrates that not all materials that are hard are also tough.  In the world of metal tools, drill bits and grinding discs must be extremely hard to be able to handle high amounts of friction.

Toughness may be defined as how well the material can resist fracturing when force is applied. Toughness requires strength as well as ductility, which allows a material to deform before fracturing. Do you consider silly putty to be tough stuff? Under these terms, believe it or not, it actually is relatively tough, as it can stretch and deform rather than break.

Differences between Strength, Hardness and Toughness:

Strength is a material's resistance to plastic deformation. For example, It is not easy to deform steel plastically but it is very easy to deform plastic plastically because strength of steel is very much higher than that of plastic. Hardness is material's resistance to any type of deformation i.e. scratching, bending, compressing etc. It is very easy to make a scratch in plastic than that of steel because steel is harder. Toughness is the energy absorbed by a material before failure.A ceramic plate can be broken very easily because it is not so tough. But it requires so much energy to break a steel plate because steel is very much tougher.


*SELF TYPED
*SOURCE: Internet and Books
Getting Info...