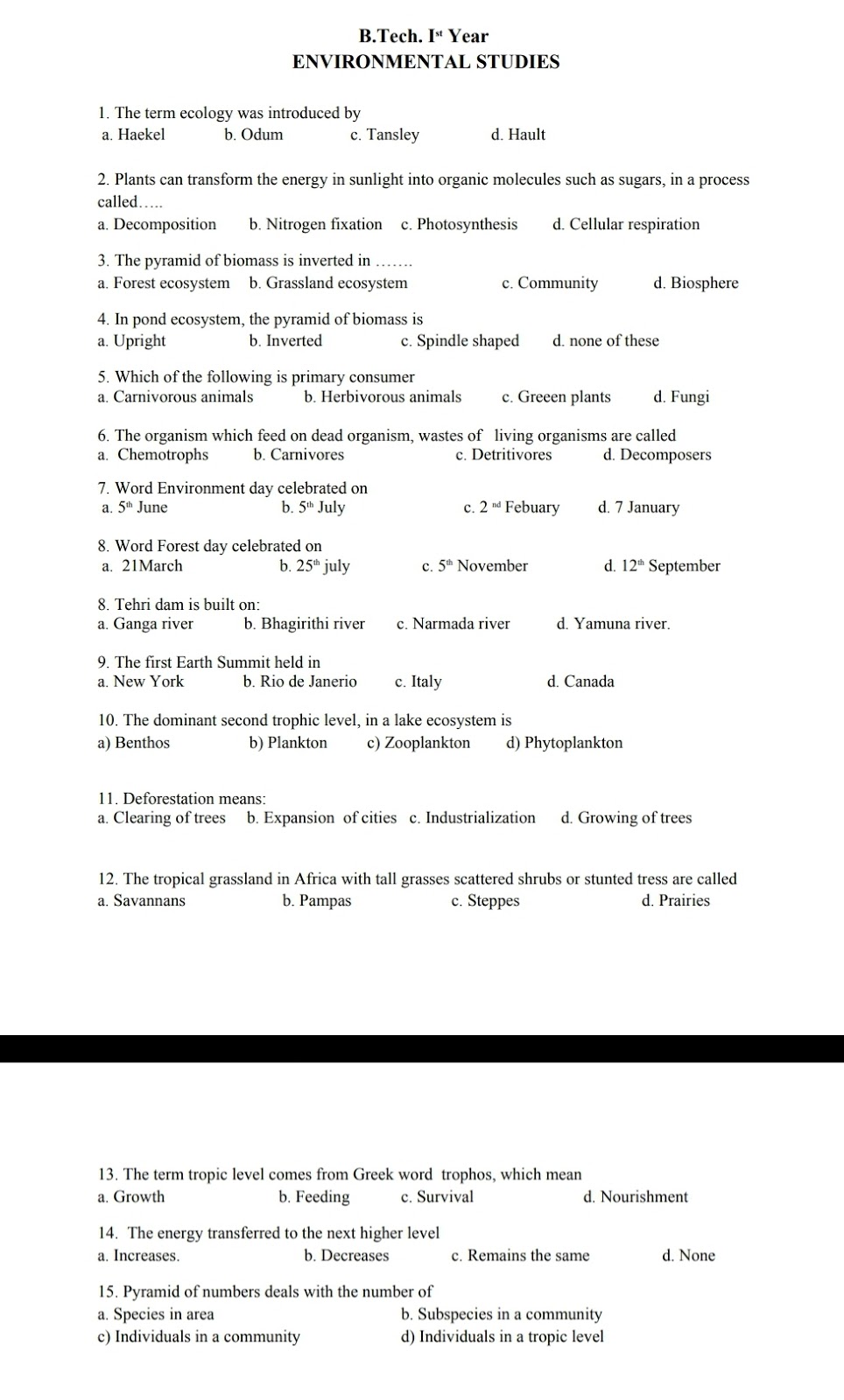 1. The term ecology was introduced by

2. Plants can transform the energy in sunlight into organic molecules such as sugars, in a process called…..

3. The pyramid of biomass is inverted in …….

4. In pond ecosystem, the pyramid of biomass is

5. Which of the following is primary consumer

6. The organism which feed on dead organism, wastes of   living organisms are called


9. The first Earth Summit held in


12. The tropical grassland in Africa with tall grasses scattered shrubs or stunted tress are called

14.  The energy transferred to the next higher level

15. Pyramid of numbers deals with the number of